The MSVgo app's class 8 science chapter 8 Cell Structure and Function solutions not only help you learn about cell functioning, but also give you confidence to tackle challenging questions with the help of visuals and animated videos. The cells inside the body and their functioning can’t be understood clearly without using visual aids. Cell Structure and Function is one of the fundamental chapters that one should master before their higher secondary course.

The NCERT solutions for class 8 science chapter Cell Structure and Function chapter have subtopics that deal with the discovery of cells, the variations in cells, structure and parts of cells, functioning of cells and so on. Students may increase their knowledge, grasping strength, and fundamental abilities by using the MSVgo App.

The following topics and subtopics are covered in the Cell Structure and Functions chapter:

Introduction to Cell Structure and Function

In the CBSE course, Cell Structure and Function is an important science chapter for class 8 students. When we start to learn about biology, the first and foremost word that we come across is cell. This leads to several questions such as: What is a cell? What does it look like? Are all the cells alike? Do the cells have any function etc. You can get answers to all these questions with the help of MSVgo app.

The introductory part of NCERT class 8 science Cell Structure and Function chapter deals with living and nonliving beings. It explains that the cell is the most basic structural and functional part of living beings. The introductory part gives a slight peek into the contents of the chapter. After studying the concepts, students can easily tackle various questions from this chapter.

Discovery of the cell

Robert Hooke found the cell using a microscope. The scientist saw a honeycomb-like structure formed by repeating a small entity. He called each small part a cell. With new and more advanced microscopes with high resolution and magnification coming up, more and more clear images of cells have been obtained.

We know that to construct a building, small and identical bricks need to be assembled. An analogues to that is the structure of a cell. Many cells are to be connected in specific patterns to form cell groups or tissues.

There are millions of organisms on earth. Each has a unique shape, size and features with varied organs. What does this exactly mean? This means that cells are also of different shapes, sizes and numbers for different beings. For example, the cell structure, size and size of an elephant varies from that of an ant.

Cell number varies from one to trillions depending on the size of the organism. The eggs, sperms and zygote are single cells that grow and multiply to create living beings. If there are many cells in an organism, then it is known as a multicellular organism. Almost all the animals and plants that we see are multicellular.

But, there are single-celled organisms too. Microorganisms like paramecium and amoeba are made of a single cell.

Single-celled organisms like amoeba have no definite shape. Amoeba feeds and moves using tiny projections on its body, called pseudopodia. Cells can be found as round, spindle-shaped with pointed edges, branched ones like neurons, etc. So there are a variety of shapes of cells in a multicellular organism that has millions of cells.

Size of the cells

Cells are already microscopic in nature. But there too exists variations in the size of cells. For example, an ostrich's egg has the biggest cell, whereas the bacteria has a small cell. Some cells may perform the same function in different beings, but they need not be of the same size. Like that of nerve cells in rats and elephants.

Each cell has a unique structure, size and function. Many cells combine to form tissues. These tissues have different functions. Each organ in a living being is a combination of many tissues. Hence, the cell could be explained as the basic structural unit in an organism.

The cytoplasm, cell membrane and nucleus form the important parts of a cell. Each cell has a protective covering which is termed a cell membrane. It is also known as the plasma membrane and encompasses the cytoplasm and nucleus of the cell. The membrane is capable of allowing particles to move in and out of the cell through its porous structure. The central portion of the cell is the nucleus. In plants, there is an additional and protective layer around these cell membranes known as the cell wall, since they have to survive heat, moisture and other forces.

Between the cell wall and nucleus, there exists a jelly-like portion called the cytoplasm. The cytoplasm contains organelles like Golgi bodies, ribosomes and mitochondria, etc.

If an organism like bacteria lacks a nuclear membrane, they are known as prokaryotes. All other organisms are known as eukaryotes.

A comparison of plant and animal cells:


NCERT solutions for class 8 Cell Structure and Function Chapter cover types of cells and their functions. These solutions also offer an explanation about different types of cells and parts inside the cells. Mango App provides respective videos and images for students to make their concepts clearer and stronger. Browse the MSVgo resource library for additional information on Cell Structure and Function chapter.

1. Indicate whether the following statements are True (T) or False (F)

Answer: False, they are spindle-shaped cells with sharp ends.(c) The basic living unit of an organism is an organ. (T/F)

Answer: False, the cell is the basic living unit of an organism.

Answer: True, they have no definite shape.

2. Make a sketch of the human nerve cell. What function do nerve cells perform?

Answer: Nerve cells combine to form neurons. They are branched cells that collect and transfer messages between cells. They help to control the functioning and working of body parts by maintaining the impulses. One can see a long thread-like body and a head part, adjacent to which there are small hand-like branches. 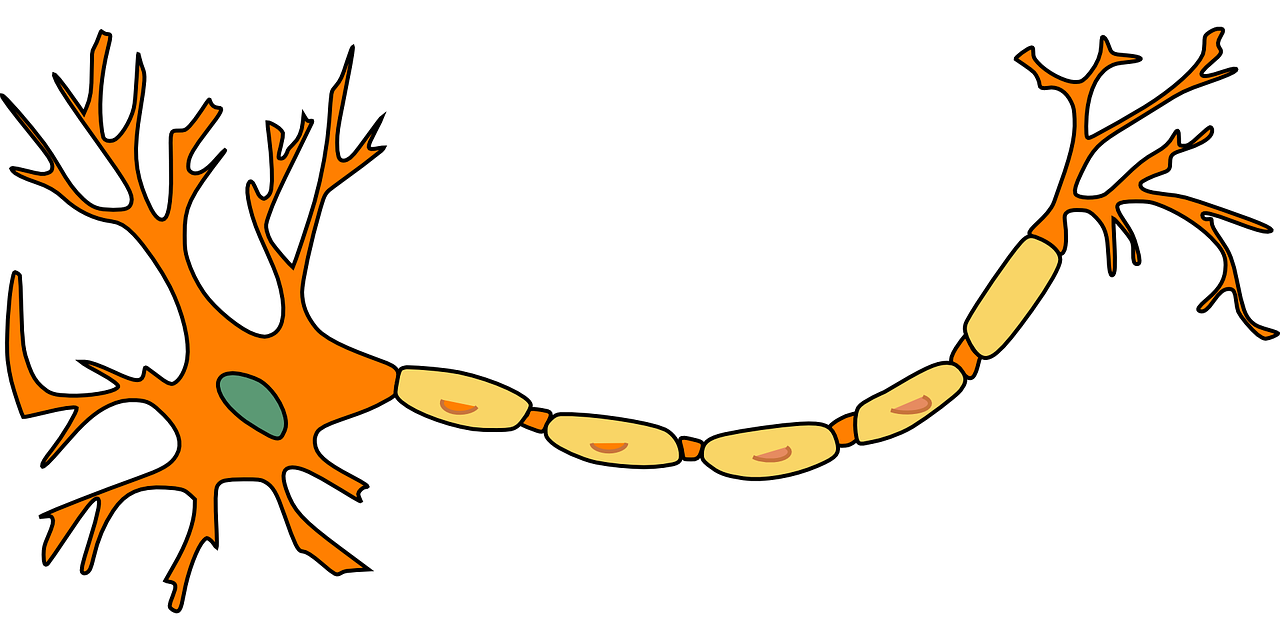 3. Write short notes on the following:

Answer: Cytoplasm is a component of the cell. It is a jelly-like substance filling between the regions of the cell wall and the nucleus of the cell. Organelles are found in the cytoplasm.

(b) Nucleus of a cell

Answer: The round portion in the middle of the cell that maintains the functioning of the cell is the nucleus. The nucleus contains nucleolus and chromosomes.

4. Which part of the cell contains organelles?

Answer: Organelles are found scattered in the cytoplasm – the jelly-like structure in between the cell wall and the nucleus.

5. Make sketches of animal and plant cells. State three differences between them.

Animal cells have no cell wall. The nucleus of animal cells is situated towards the centre of the cell. The animal cells are smaller compared to the plant cells and have more vacuoles.

Plant cells have a cell wall that helps them to survive against harsh weather and environment. They are slightly bigger than animal cells. They have a single vacuole and the nucleus is slightly seen towards the side of the wall. Furthermore, they synthesise nutrients.

6. State the difference between eukaryotes and prokaryotes.

Answer: Eukaryotes are organisms whose nucleus has a covering of nuclear membrane. On the other hand, organisms that lack a nucleus and other organelles are known as prokaryotes.

7. Where are chromosomes found in a cell? State their function.

Answer: Chromosomes are found inside the nucleus of a cell. The nucleus is the functional unit of the cell. The chromosomes carry genes that transfer the character of the parent to the baby. It is seen only during cell division.

8. ‘Cells are the basic structural units of living organisms’. Explain.

Answer: The way bricks of similar size combine to form a building, millions of small fundamental cells combine to create cell groups. They again combine to constitute tissues that further become organs in a human body. They also form layers of tissues. Hence, they are known as the structural units of living organisms.

9. Explain why chloroplasts are found only in plant cells?

Answer: Chloroplasts are plastids that help in photosynthesis. Plants prepare food using sunlight, oxygen and chloroplasts helps in this.

10. Complete the crossword with the help of clues given below:

1. This is necessary for photosynthesis. : CHLOROPHYLL

3. Term for components present in the cytoplasm.: ORGANELLES

6. The living substance in the cell.: PROTOPLASM

8. Units of inheritance present on the chromosomes.: GOLGI

2. Formed by collection of tissues.: ORGANS

4. It separates the contents of the cell from the surrounding medium.: MEMBRANE

5. Empty structure in the cytoplasm.: VACUOLE

7. A group of cells: TISSUE